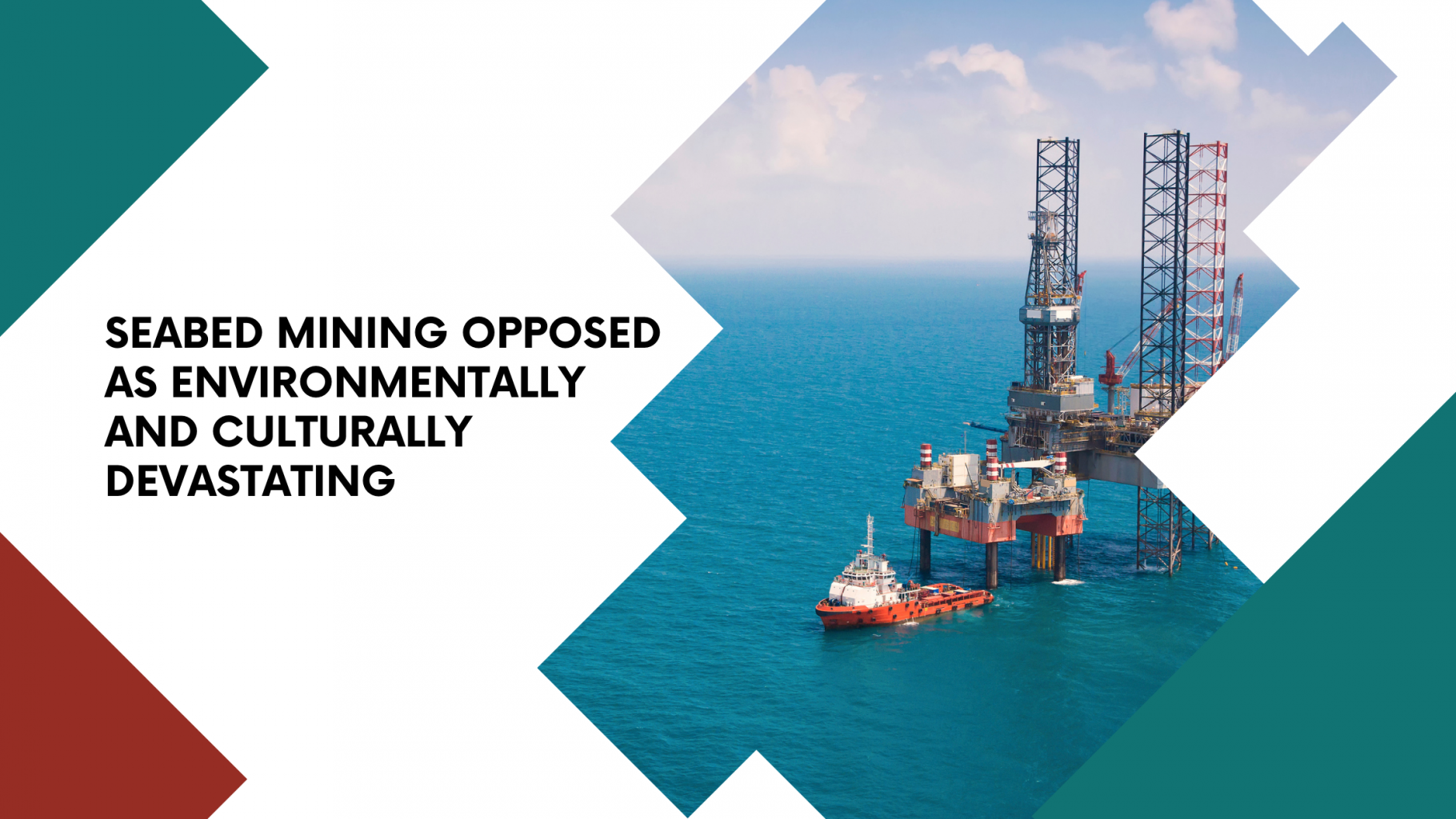 Greenpeace confronted a vessel used by Vancouver based DeepGreen, one of the companies that are spearheading the push to mine the Pacific Ocean for minerals.
Another protest took place in San Diego Port in the US, with activists confronting a ship chartered by Global Sea Mineral Resources (GSR), a mining company from Belgium. This ship is carrying a pre-prototype mining robot for running tests at depths of over 4,000m on the seabed.

Greenpeace said, “Scientists have repeatedly warned that deep-sea mining would have terrible consequences for ocean ecosystems we barely understand, but giant machines are already being lined up for experimental mining of the Pacific Ocean seabed.”

ECO has long been concerned with seabed mining proposals. Some decades ago ECO gave considerable help to Cooks Islands residents who were appalled at proposals to mine the seabed near sensitive marine ecosystems. We also publicised the seabed exploration by a German ship the RV Sonne which explored the Chatham Rise as a precursor to plans to hoover up mineralised nodules from the seabed of the Chatham Rise.

In New Zealand, tangata whenua, environmental and some fishing organisations have so far successfully opposed Trans Tasman Resource’s (TTR) bid to mine vast areas and volumes of iron sands off the West coast of the North Island. A Supreme Court appeal ruling is awaited after the Court of Appeal ruled that the EPA panel decision making was deeply flawed by not properly giving effect to the requirements of the UN Convention on the Law of the Sea.

The Chatham Rise Rock Phosphate company had its application to mine and so to disrupt the Chatham Rise ecosystem turned down by the decision-makers under the EEZ and Continental Shelf Act.

Many Pacific civil society groups, churches, traditional leaders and grassroots activists are vehemently opposed to deep-sea mining and have been making their resistance known. The Alliance of Solwara Warriors comprises communities around the Bismarck and Solomon Seas and unites communities in both PNG and the Solomon Islands. It aims to ban seabed mining in PNG and is also helping other communities in the Pacific.  The Deep Sea Mining Coalition is a network of NGOs who are supporting those who are putting up formidable opposition to sea bed mining.

Pacific Island states including Fiji, Papua New Guinea and Vanuatu have also voiced their opposition to deep-sea mining, highlighting the risks it poses to the ocean – food source, lifeline, and place of deep cultural significance.

Previous Post
Sustainable fisheries – are we really there?
Next Post
Industrial composting site impaired the mauri of Te Awa Mimitangiatua