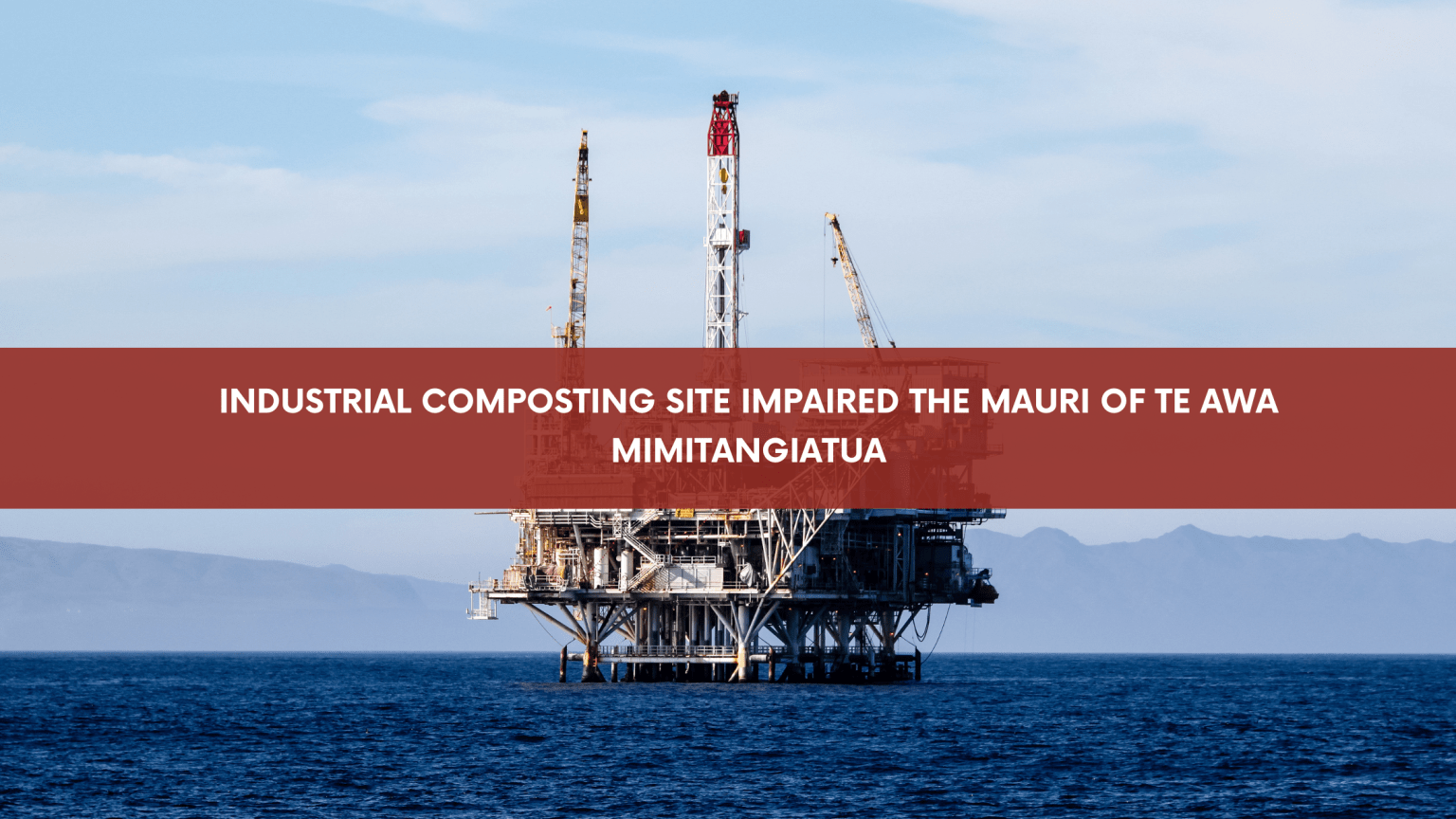 In late March this year, new consents for the controversial composting and worm farming operation undertaken by Remediation NZ were heard by Commissioners for the Taranaki Regional Council. There were a range of submissions and evidence opposing the application at Uruti, in North Taranaki, when the hearing was held in New Plymouth.

Among the wastes that had been received at the Uruti site were petroleum drilling waste, industrial agricultural wastes, and contaminated soil.

Opposing submitters gave expert witness and anecdotal evidence, indicating that over the last two decades of operation, the company has severely degraded the health and the mauri of the Haehanga Stream and Mimitangiatua River.

A rāhui has been placed on the Mimitangiatua Awa since November 2020 by North Taranaki iwi Ngāti Mutunga.

Ngāti Mutunga said the firm “could not be trusted and was not following Te Mana o Te Wai – the basic principle to protect freshwater – enshrined in the National Policy Statement for Fresh Water Management.”

In early April, New Plymouth District Council which initially planned to send the district’s kerb-side food wastes to the site, withdrew its support for the consent applications, citing “serious environmental concerns” as the reason. It announced its decision after the hearing was completed.

Remediation NZ has a long history of non-compliance with consents. Rather than managing and remediating the petroleum drilling wastes into useful compost, the company has been stockpiling the wastes over the last ten years. The Council determines that the 20,000 tonnes of drilling wastes stockpiled could take 40 years to safely breakdown.

Submitter Taranaki Energy Watch warned that the wastes should be contained safely to avoid contaminants leaching into the environment, including water, land and air.

Detailed submissions and witness statements concerning the consents application as well as the odour and health impacts on the neighbours are on the Taranaki Regional Council website, as are Remediation NZ’s statements and Council officer reports and recommendations:

Decisions by the Commissioners are yet to be announced.