Two NZ greenhouse emission reports and the trends are not good

The Ministry for the Environment (MFE) and the Department of Statistics in early April released two reports on our greenhouse gas emissions and trends.

The MFE report is the official version that is reported internationally and lists our GHG emissions from 1990 to 2019. It is used to see how we are progressing (or regressing) against obligations under the United Nations Framework Convention on Climate Change (UNFCCC) and the Kyoto Protocol. The Statistics NZ Report is a new draft quarterly estimates of greenhouse gas (GHG) emissions. This includes data up to and including the December 2020 quarter. 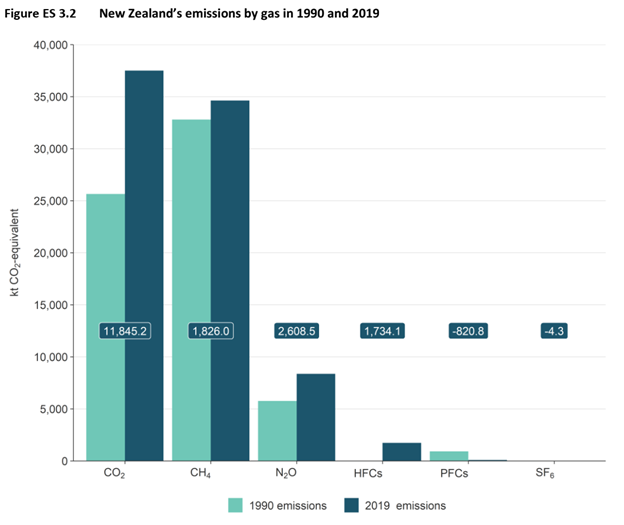 The results from the MFE report are not at all positive. It shows that gross emissions of greenhouse gases (the trend that really counts for the atmosphere) continue to rise and have increased by 26% since 1990, with an average annual growth in gross emissions of 0.8%.
The emitters that contributed the most to this increase were: dairy cattle (methane), road transportation, manufacturing industries and construction, agricultural soils (nitrous oxide – N2O), and products using substitutes for ozone-depleting substances (ODS).
The Agriculture and Energy sectors were the two largest contributors to gross emissions, at 48% and 42% respectively.  Methane (CH4) emissions from animals (eg cows and sheep)were 35.2% of New Zealand’s gross emissions, and nitrous oxide (N2O) emissions from the Agricultural soils category were 9.4% of New Zealand’s gross emissions. 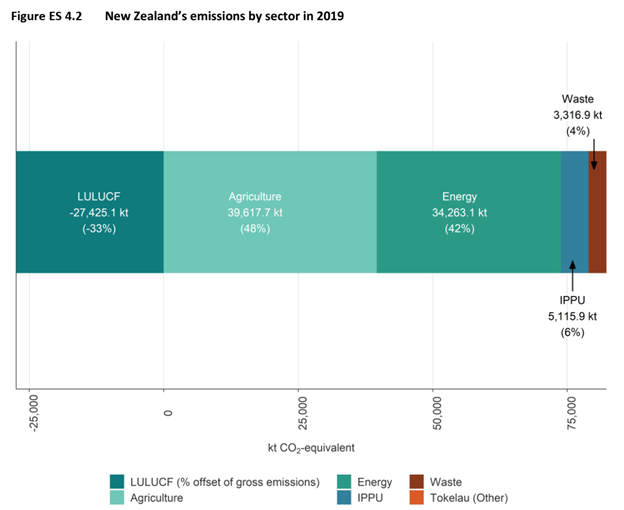 This further emphasises the need to bring agriculture into the ETS and rein in nitrogen fertiliser.

The positive trend was in the waste sector where methane emissions were down 16 per cent since 1990, due to improvements in the management of solid waste disposal at municipal landfills.

All the trends in net emissions were bad as well. Net emissions, which substracts from gross emissions sequestration by exotic forestry and some land-use changes, showed an increase of 34 per cent since 1990 due to the underlying increase in gross emissions. Between 2018 and 2019 they also increased by 2%.
The Statistics NZ experimental index shows that total emissions were down 1.7% in the December 2020 quarter compared with the September 2020 quarter. This came after a drop in total emissions of 8.1% in the June quarter following the Covid lockdown and which rebounded in the September quarter and were up a staggering 9.1%.

Overall the Statistics NZ draft result shows greenhouse gas (GHG) emissions were “down 4.8% in the year ended December 2020, largely driven by a fall in transport emissions reflecting the impact of COVID-19 on the economy and society throughout the year.”

Overall this shows that greater government action is urgently needed to drive change across all sectors to achieve a transition to a low carbon economy.