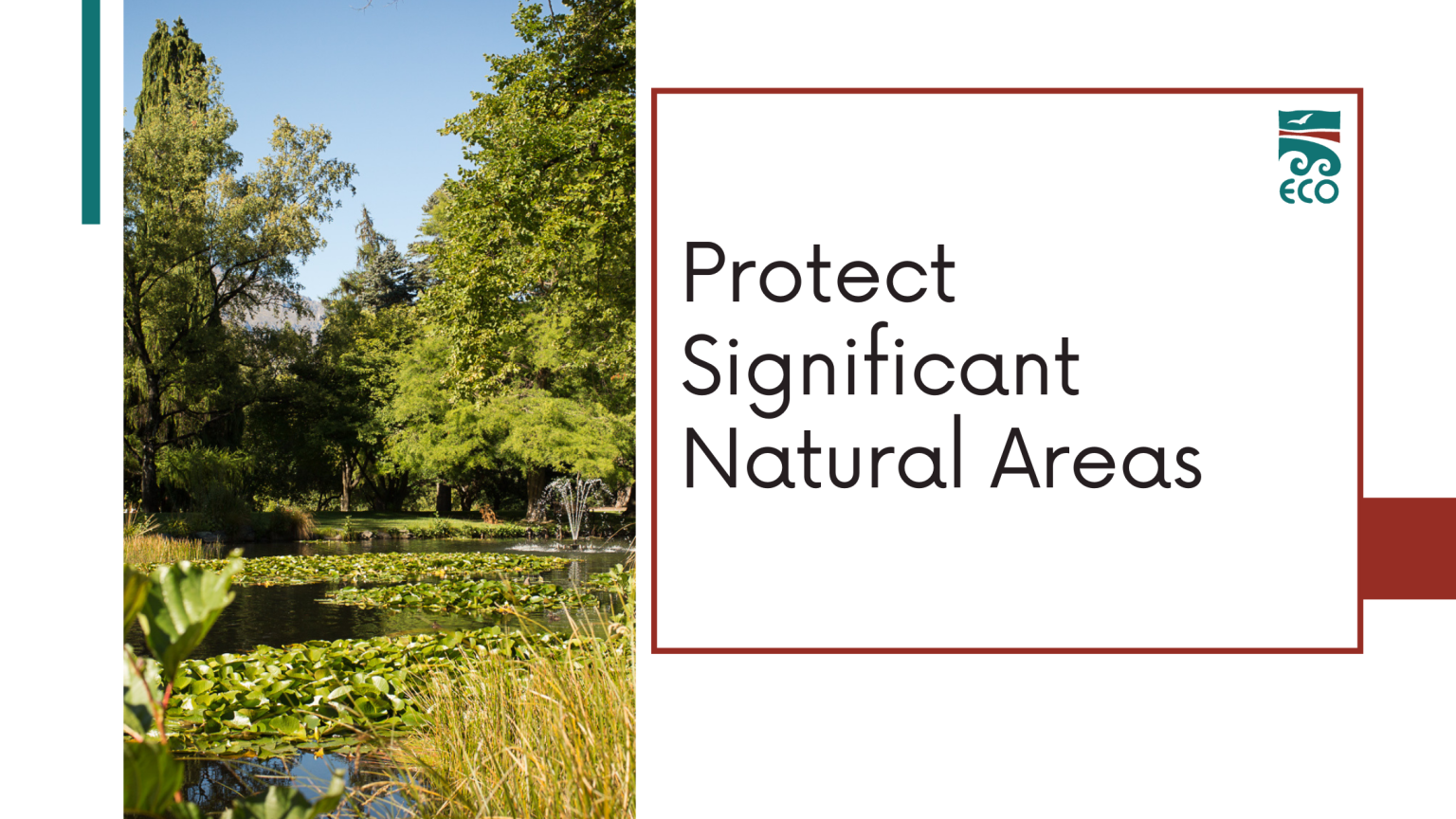 Farmers protesting against the Government have presented significant natural areas (SNAs) as one of a portfolio of “outrages” by the government.  Like climate destabilisation, the loss of NZ’s biodiversity has been known for decades and actions to protect it have been in place for decades too.

The debate about the conservation of significant natural areas (SNAs) on public, private, and Maori land goes back to well before the Resource Management Act was passed in 1991.  SNA surveys of parts of the South Island high country were done in the early 1980s.

Since the Resource Management Act, was enacted in 1991, it has included as one of the “matters of national importance” (section 6) the “protection of areas of significant indigenous vegetation and significant habitats of indigenous fauna”.

“Wetland loss has also continued (Belliss et al, 2017). Between 2001 and 2016, 214 wetlands covering nearly 1,250 hectares were lost, with a further 746 wetlands declining in size. The regions with the greatest number of wetlands lost or declining were Canterbury, West Coast, Southland, and Auckland. Most of our large remaining wetlands are in public ownership, but the vast majority of smaller wetlands are surrounded by farmland in private ownership (Myers et al, 2013).”

These losses are on top of the loss of about 90% of our wetlands and 65% of our native forests since humans arrived.

The threatened state of our biodiversity, whether you use the IUCN Red List or the DOC Threat Classification System (NZTCS) criteria, is tragic viewing.  Land birds and seabird in particular have been heavily impacted.  While many have gone extinct “The NZTCS showed that 3,747 of New Zealand’s native species are either at risk or threatened with extinction (as reported between 2010 and 2018).”

These are taonga that need to be protected and cherished for future generations and that means their habitat needs some form of protection.

Most councils have gone through several stages of implementing interim rules prior to the identification of all SNAs in their district plans.  Regional Councils have started to consider protection mechanisms for the coast and marine areas.

Councils have gone through the process of identifying SNAs in their region and applying rules to protect them.  These areas can be remnants on farmland or larger forest tracts, tussock grasslands or wetlands.  Some of these areas have also been protected through QEII Covenants or Kawenata covenants.  The Nature Forest Heritage Fund and Nga Whenua Rahui has also protected or purchased significant natural areas.

Many councils have rates remissions for areas that have covenants or other formal protection.  The Government has yet to make this mandatory and Auckland City made a major step backwards by removing rates remission for any land within the council boundaries.

The protection does not mean that no use is possible.  Activity like building houses, lodges and tourism activity have been permitted in significant natural areas.

The protection of SNAs and their associated species is clearly a national issue and of intertemporal significance.  ECO has been calling for a National Policy Statement on Indigenous Biodiversity (NPSIB) for over 20 years.  Governments have talked about a National Policy Statement under the RMA on Indigenous Biodiversity for nearly all this century.

ECO pointed out at the time that the NPSIB was focused on land and missed out marine biodiversity. ECO also noted that New Zealand has a range of international commitments to biodiversity that need to be considered.  These include the Convention on Biodiversity (CBD) but also the UN Convention on the Law of the Sea (UNCLOS); the Sustainable Development Goals and the Biodiversity Convention Aichi targets for 2020.

A fundamental concept in the draft was Hutia Te Rito which “recognises the health and wellbeing of indigenous biodiversity in the terrestrial environment – its habitats and ecosystems and unique vegetation and fauna – is also vital for the health and wellbeing of our freshwater, coastal marine area and all of our communities.”  And further “It recognises we have a role as stewards or kaitiaki of indigenous biodiversity.”

Since then the Government has mulled over submissions and options.  The Associate Minister for the Environment (Biodiversity) James Shaw is the now the Minister responsible for delivering the National Policy Statement for Indigenous Biodiversity.  The current timeline is for the NPS to be produced by the end of 2021 but with an exposure draft to be circulated soon for feedback.

The development of the Natural and Built Environment Bill to replace the RMA must ensure that there are provisions to protect indigenous biodiversity and significant natural areas, and that the National Policy Statement has transitional provisions to take that change into account.