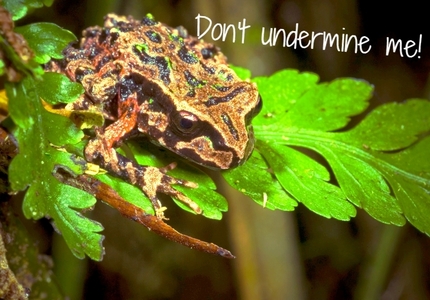 Coromandel Watchdog with its petition calling for an immediate moratorium on minerals permits on Conservation Land.  You are encouraged to sign it too and to help pass it around.

When the then-new Labour-NZ First Coalition government announced its policies in late 2017 in the Speech from the Throne, it said that there would be “no new mines on conservation land”.  Labour seems to be backsliding and has not reaffirmed its policy.

Conservation Stewardship land is most at risk as it is conservation land that hasn’t been further classified under conservation legislation.  Much of it has very high conservation values, including some areas in World Heritage areas, significant parts of the Coromandel Peninsula, and other precious areas.  For example, most of the conservation land North, West, and South of Whangamata is covered by minerals permits.

Petition to stop deep sea mining
Greenpeace has launched a petition addressed to Hon Nanaia Mahuta, Minister of Foreign Affair calling on the New Zealand Government to support a global ban on deep-sea mining.  The deep sea is a treasure of biodiversity and home to untold wonders and possibilities.
Right now, mining companies from around the world are trying to plunder these pristine ocean depths, exploring the deep waters of the Pacific and developing technologies to exploit the seafloor.  The petition can be found here.

Petition to bring back general tree protection
Sign up to Greenpeace’s petition calling on Prime Minister Jacinda Ardern to urgently reinstate general tree protection across Aotearoa to save our precious trees. All over Aotearoa, our big old trees are being cut down at an alarming rate. They need to be protected. The senseless destruction of part of an irreplaceable stand of old native trees at Canal Road in Avondale in Auckland is just the most recent example of why we need to reinstate tree protection. Up to one-third of Auckland’s urban trees have been destroyed since the last National Government removed general tree protection in 2012. Sign the petition here.

Petition to reduce emissions in a fair way using carbon quotas
There are two overarching issues in dealing with climate change, ensuring we reduce emissions, and doing it fairly.
Certainty of emissions reduction can be achieved by reducing the use of fossil fuels in a planned way. A quota system has been developed to do this as fairly as possible.  It’s called Tradable Energy Quotas (TEQs) which involves issuing quotas to everyone and making the quotas tradeable.
As everyone is involved, this approach encourages everyone to be creative and help make this transition away from fossil fuels.
A petition has been developed to get this system implemented in NZ has been initiated through the Parliamentary website.  The petition of “Deirdre Kent on behalf of Degrowth Aotearoa New Zealand (DANZ): Investigate rationing fossil fuel use with Tradable Energy Quotas” The Petition calls on:
“the House of Representatives investigate an energy rationing scheme such as Tradable Energy Quotas (TEQs), which we believe could address both potential shortages of fossil fuels and the climate emergency.”

You can sign the petition here.
More information and references available at Degrowth NZ