Reflections on dairying from the ECO Conference on Freshwater

The problem with our waterways

Caroline Glassberg-Powell reflects on how dairy intensification is causing New Zealand rivers to become the most polluted in the world.

There were many themes at this year’s annual ECO conference. Perhaps the most controversial and eliciting the most outrage was how dairy intensification is causing our rivers to become the most polluted in the world. Dr Mike Joy presented on how bad the rivers are really becoming, and how governments are constantly changing the goalposts to deceive the general public. The deteriorating conditions of our rivers is impacting upon public health, as Dr Alistair Humphrey revealed, and all of this is needless given that intensification does not have a solid economic case as argued by Dr Alison Dewes. Even when the government admits there’s a problem, Al Fleming explained with his work on the Waikato, it’s still a fight.

The quality of New Zealand’s waterways is amongst the worst in the world, in no small part thanks to dairy intensification.

Before the Europeans arrived to NZ, one third of the country was wetlands.

Now, we have lost 99% of our wetlands, which means that whilst dramatically increasing our outputs into the environment, the environment’s ability to take-up and process those nutrients has all but disappeared.The intensification of dairying is putting so much pressure on our waterways that we are in a precarious position with degraded, dangerous rivers and streams which are barely safe to boat or wade in, let alone to drink or swim.

All of this is needless, given that the economic case for dairying follows the laws of diminishing returns: more inputs past a certain point do not lead to more profit. We have far surpassed that certain point, and are now crashing down the other side. Each cow produces waste equivalent to around 14 people, which means that, across New Zealand, cows are producing the waste of approximately 90 million people. 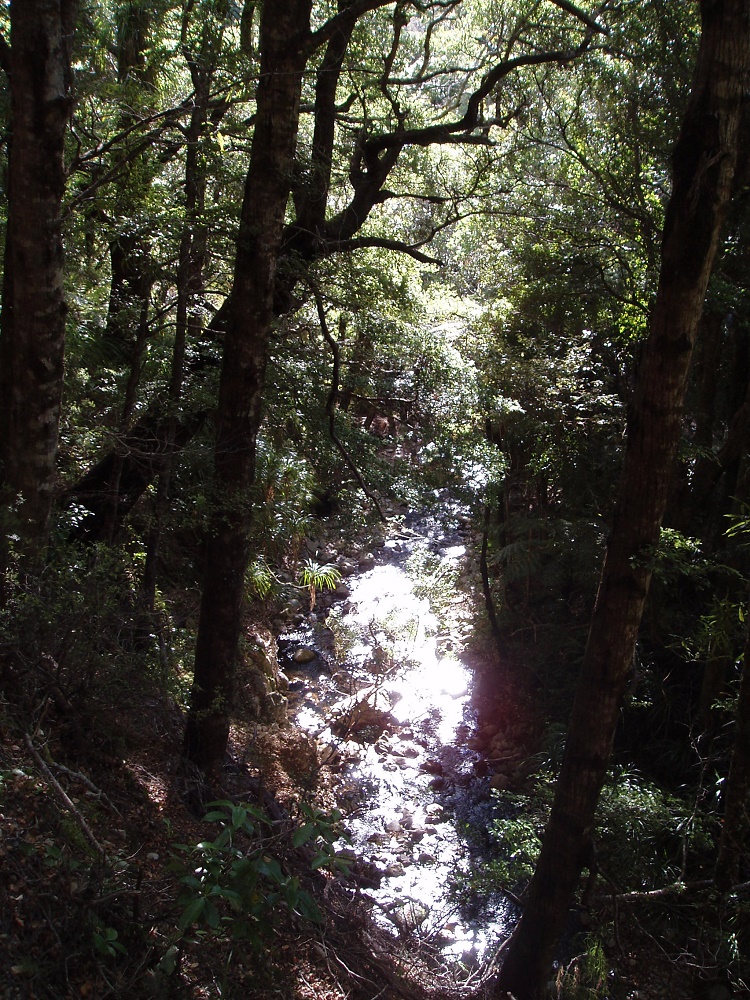 The waste has to go somewhere, and that somewhere is invariably the waterways and ground water of Aotearoa.The impacts of the waste are numerous, but sedimentation, nitrogen (N), and phoshorus (P) in particular have far-reaching consequences. When a cow pees, if the land on which it pees is not at capacity, the plants and soil are able to absorb the content of the urine. However, when over-stocked, the plants are at capacity, and the excess nutrients spill over into local waterways where they cause many problems.

The solid content of urine and faeces when in rivers cause many problems. The solids dissolve in the water and are carried along by the currents, and once the waters slow down, the sediment is deposited. Both suspended and deposited sediment cause problems in their own right. Suspended sedimentation can clog fish gills, which suffocates them. The sediment also reduces the clarity of the water, which reduces the amount of light in the river. Not only does this render fish unable to see, but it blocks light from reaching plants, preventing their growth.

N and P are also impacting the health of our waterways. Since they are growth-promoters, too much N and P causes algae to bloom, which covers the rocks in slime. The slime renders previous habitats uninhabitable for fish, leaving fish fewer places to live. The fish, in fact, are doubly affected by the algae blooms. As algae intensifies during the day, the water becomes saturated with dissolved oxygen. However, at night, photosynthesis stops and levels of oxygen become extremely low, which is deadly to aerobic organisms like fish.

A healthy river has stable levels of oxygen; an unhealthy river has wildly fluctuating levels and fish are unable to survive. Very low levels of N are required to see these patterns: as little as 1.2 mg / L. The oxygen-deprived waters also promote growth of bacteria which are deadly to humans. Cyanobacteria form thick mats in the river which, when ingested, have killed dogs, horses, and humans.

When we extract this water for drinking, as many communities across New Zealand still do, we are putting ourselves at risk. In particular, new-born babies can suffer greatly from the high levels of nitrogen in the water. Foetuses have a special type of haemoglobin which binds very tightly to oxygen. When a baby is born, it takes a few months to replace this special haemoglobin, and in that time they are susceptible to blue-baby syndrome.

Their haemoglobin binds to nitrates more strongly than oxygen, which means if they consume too many nitrates, they will no longer be transporting oxygen around their body, and they die as a consequence. Breast-fed babies will not be affected, but bottle-fed babies will be. This means that babies dying from the syndrome will be disproportionately poorer, born to working mothers.

Historically in this country there have been low cases of blue-baby syndrome because of good policy on nitrate levels. However, high risk areas are now expanding, in accordance with dairy intensification, and there’s no evidence to suggest the situation is improving.

As climate change hits, increased temperatures will further promote the growth of cyanobacteria, and more dairying will of course increase these issues. E.coli. is also a big player in waterborne pathogens. It is reported that 34,000 Kiwis are infected every year, although due to lack of reporting, the true figure could be much higher.  E.coli. can put people on dialysis for life, the cost of which can be astronomical. Treatment of water, caring for people made sick from poor quality water, and generally cleaning up after cows is extremely expensive.  A recent paper published by Dr Joy and others shows that cleaning up after the dairying industry costs more than the industry adds to our GDP.

The best solution is stop intensification.  Dr Dewes presented a graph which shows government thinking to be: more inputs = more outputs = more profits. However, the environmental effects of more inputs were “managed” out of the system somehow, tapering off at around the levels we are currently at. That thinking is not based on fact, but on a flawed ideology. As land becomes more degraded, more and more inputs are required to produce outputs. If we follow the growth agenda to the letter, more and more marginal landscapes will be exploited, which will lead to further sedimentation and run-off.

This has happened in Canterbury, and now 70% of the region is classified as deteriorating. Scaling down is the best economic and environmental decision farmers can make. Yet, this flies in the face of governmental advice which is to increase intensification and irrigation in the Canterbury region. Government priorities are set by GDP, which is a crude measure of the country’s success, and is gamed for short-term growth only.

The best level of stocking for the environment and the economy is approximately 1 cow per hectare. At this level, the system can provide for itself. Any higher and we need to import masses of protein, as New Zealand currently does, and we are now the world’s largest importer of palm kernel. This offshores a lot of environmental impacts, and contributes greatly to deforestation in the developing world. It is also extremely expensive for the farmers to import, and reduces their profit margins. As it is, it’s expected that most dairy farmers are running at a loss (http://www.radionz.co.nz/news/rural/278327/most-dairy-farmers-will-run-at-loss-this-season).

Stopping the destructive import, however, will reduce GDP because the palm kernel industry will be affected. That’s but one example of the crudeness of GDP, which fails to consider regional variation. Instead of taking remedial action to address these issues, the government has reclassified what it means for a river to be “safe”. The now accepted level of N in a river is 6.9 mg / L, well above the levels at which negative impacts start to occur.  Rivers which, by all accounts, should be on the lowest grade possible under this system, are scoring excellent or very good. The classification has come in simultaneously with changes in the ways that rivers are monitored. Instead of using continuous monitoring, measurements are only taken at times of day when the oxygen levels are at their best, which  prevents us from building a realistic picture of wildly fluctuating oxygen levels.

Additionally, sites which perform badly are simply taken out of the sites which are measured. Even the measurements taken skew the results: only suspended sediments are measured, not deposited sediments. All this bad science led to the government producing a document in 2013 claiming that rivers are stable, or even improving.  On complaining to the MfE, Dr Joy was met with an adamant refusal to clarify this with the public.

Even when the problem is acknowledged, and money is provided to clean up the waterways, resistance still abounds. There has been $210m set aside to clean up the Waikato, where 75% of the land-use is dairy. However, the bar has been set very low, to wadeable, not swimmable. Lake Waikare, for example, is very shallow with high sedimentation, hypertrophic, and water clarity is 1 m instead of its recommended 1.6 m. Yet, recent discussions for a moratorium on conversion from forests to dairy has been stalled as out of the scope of the restoration. Furthermore, an index which is globally recognised for measuring the health of waterways, the macro-invertebrate index, has been denied for use with the excuse that it’s a biotic measure, not a chemical one.

The state of New Zealand’s waterways is pretty dismal. We have a government insisting on intensification, against all mounting evidence which suggests this is a bad strategy, and they continually move the goalposts to mask the very real problems that we are facing.  Ecologically, socially, and economically speaking,we are finding dairy intensification is causing very serious problems, and no amount of reclassification can change that.  Now we know that, we should stop this land conversion until we find genuine solutions to the problems.  As Dr Joy said, “you can fool yourself, but you cannot fool the ecosystem”.