Symposium on Law, Responsibility and Governance 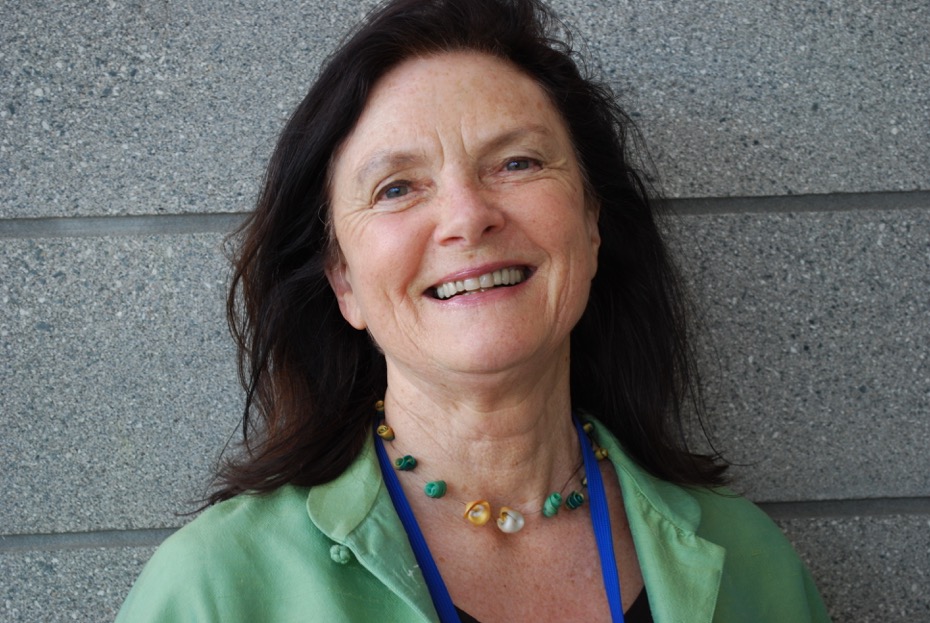 ‘Let us turn vulnerability into value’. The Pacific region is often viewed as vulnerable and distant, and defined by isolation. Yet Peoples of the Pacific, the Water Continent, are resilient and resourceful. Drawing from traditions of engaged governance, laws oriented to collective accountability, and capability of traversing and living from ocean environments we are at the frontline of sustainable societies.  Because environment is integrated with economies, climate is at the forefront, and public trust law could pave the way for bringing responsibility back to corporates and systems of government.

The Symposium was co-hosted by UNU RCE Waikato (Regional Centre of Expertise on Education for Sustainable Development) and Te Piringa, Waikato University Law School. Betsan Martin and Linda Te Aho co-ordinated  this multidisciplinary engagement in a proposition for the governance of water. It works with an approach of responsibility for the ecological health of freshwater, provides for commercial use, and seeks to resolve Māori and general public interests.  Betsan, Chris Livesey and Diana Shand attended from ECO.

Get on board for a moment and watch this:  http://youtu.be/m6YaQFNKg80

The direction was set by former chief judge of the Waitangi Tribunal and Judge of the High Court,  Sir Taihakurei Durie, setting out the radical orientation of responsibility for water governance developed through law of trusteeship. His proposal was developed in direct reference to the Charter for Human Responsibilities. Law of public trust in the US, and in Hawaii specifically, is the means by which waterways which were diverted for the sugar industry are being returned to their natural courses with flows which support original indigenous crops. Traditional agriculture was decimated by the industrial water regime. Hawiian legal counsel, and now academic Kapua Sproat gave a strong lead from her case law experience to set out prospects of law for public goods, including water and climate. Another law that deserves attention is the US Clean Air Act (1970), a federal law to address emissions of hazardous air pollutants. It requires the Environmental Protection Agency to give effect to the maximum achievable reduction of emissions with the use of technology. As Neetu Sharma said, law can be transformative as well as regulatory.

Pierre Calame gave fresh illumination to the philosophic, economic and policy dimensions of responsibility. Calame is President of a Foundation in France which has a leading role in working with a framework of responsibility internationally. Pierre’s presentation began with a challenge to the well-guarded belief in sovereignty with the proposition that the integrity of the biosphere is beyond sovereignty. This is not only nationally challenging – in New Zealand sovereignty has been invoked by the Crown to stifle indigenous sovereign authority and used to further the unjust imposition of British style sovereignty. In an earlier article Sir Taihakurei said

State responsibility, not the absolute power of that sovereignty implies, is more appropriate for the modern world. Indeed, if it is true that that Māori ceded sovereignty, then I think they did the best thing to give it away. It has simply been the cause of too much strife and war (Durie 1996. View Point: Taku Titiro.  He Pukenga Korero).

With attention to water and climate a starting point of policies to address pollution led into a critique of polluter-pays policies as a premise for incentivizing business, including agriculture, to manage land and water in accordance with ecological health. In reality, polluter-pays policies can simply be seen as a business cost that does not deter carbon emitting industry or other pollution producing systems. In other words, they serve as a right to pollute. For this model, regulation designed for responsibility for ecosystem health with management of inputs and incentives to optimise water bodies would be the imperative.  Pierre used the powerful idea that exchanging responsibility for money can be replaced by recognition of carbon wells, or carbon sinks, as a global commons. As such all individuals and territories would have equal quotas for emissions. Quotas would define the maximum carbon limit and be tradeable.

Water as a Public Trust

The move from ownership to stewardship strikes at the heart of the transformative proposal for water governance. Although the New Zealand government has a theory that ‘no-one owns water’, here, as in other places, water is managed under regimes of rights through allocated consents. These ‘use rights’ are effectively a form of ownership, and they do not impose the responsibilities of stewardship.  The Durie proposal for trusteeship  of water recognized Māori propriety interests and at the same time moves the issue of settlement to the arena shared responsibility for water as a common good. It inaugurates a governance regime  with responsibility  for ecosystem integrity, and has capacity to work with collaboration.  A  public trust regime would be managed through a Commission of representative trustees. A price for commercial use of water would generate revenue to be directed to land management to reduce contamination generated from agriculture, to restoration and to water conserving infrastructure.  Much of the detail is in development.

There is more magic to the Durie plan. It is designed to reconcile Maori indigenous interests as well as general interests. We don’t have borders in New Zealand, but this is a platform for cross-boundary agreement on shared responsibility for water.  Māori have had their traditional water –based food sources and authority over water taken during the British takeover, and redress is still being sought. Although there are many proposals to set standards for water, manage allocation, to settle Māori interests and even collaborative agreements for environmental and corporate interests, none are designed to reconcile different interests and claims through stewardship and responsibility.

A custodial voice is arising from the Pacific region with regards to common goods and climate justice. This is probing the traditions of the oceanic peoples which were founded on a ‘sacred balance between humans and environment where the environment was believed to be kin’.  This understanding of interdependence given by His Highness Tupua Tamasese, Head of State of Samoa, was further underlined by him: ‘it is my contention that in sidelining our indigenous reference we have made it easier to walk the path of environmental destruction’.  Tamasese spoke of bringing the values of forebears to the forefront of our minds, and re-energizing and re-casting them to suit the new global order. Tamasese drew on traditions of engaged citizen participation, the ‘Tulafono’ process for decision-making. New Zealand has examples of processes of dialogue, or collaboration, about to be legalised for fresh water, and Co-Governance arrangements for rivers and National Parks.

Climate impacts on Island nations are forcing a re-evaluation of industrial preferences.  In a move that turns vulnerability into value, the Small Islands Developing States Conference asserted the Pacific region as being on the frontlines of climate change  – because it is clear that resilience can only be achieved where economic development is aligned with environmental protection.

The Pacific is becoming known for the blue economy, with oceans as the main sources of food and sustenance and trade and connectivity across large water spaces.  The navigational skills of ocean voyaging are being re-activated as a message of sustainability.  Appropriately, just before we met for the symposium five traditional vessels sailed into Sydney harbour for the World Parks Congress.

Taholo Kami, Director of IUCN Oceania came to the Symposium after welcoming the vessels at Sydney, carrying a message of sustainability from Pacific navigational systems. Try a few seconds on the Pacific ocean voyage here http://youtu.be/m6YaQFNKg80  In December the five waka were in Auckland. Taholo travelled via Papua New Guinea where a new framework of Responsible Economic Development is being put in place. With climate change at the forefront 2015 is the opportunity for Pacific countries to take a lead in the responsibility approach for COP21.  Taholo envisages linking Pacific rim countries with Pacific Islands, which bear the risk and face annihilation from climate impacts coming from Pacific Rim economies.

We were treated to a remarkable review of the Western legal tradition to discover the persistent thread of the concepts of duty and responsibility in law, and how these were overtaken by trade and capital interests, starting with the East India Company in 1600.  The colonisers saw the development of private property, individual political representation, and self-interest as the core of economic theory.  The accumulation of capital wealth, and even human rights, consistently privileged freedom over duty – freedom in this case meaning freedom from constraint as an incentive to market engagement. Professor Gay Morgan asked ‘ Where has the West Gone Wrong’ ? As trade and corporate industry grew from the 1700’s, gains were made for civil and political rights, but not civil and political responsibilities. Notions of collective duties were dropped and free reign was given to the individualised concept of corporate market capitalism.

Activating engagement with the Durie discussion paper on water will involve seeking further commentary. Emerging issues are to work with Iwi, to seek advice from NGOs such as ECO, Forest and Bird, Land and Water Forum, and to further test the proposal with business, government ministries, and regional government agencies. Considerations of pricing, definitions of need, control of inputs from dairy and land activities and forestry, and the RMA, are all to be developed. Papers and videos will be published electronically and as a book.

Thanks for commentary by Chris Livesey.  This article first appeared in ECOlink December 2014