Mining Still threatens the Coromandel: How did this happen? 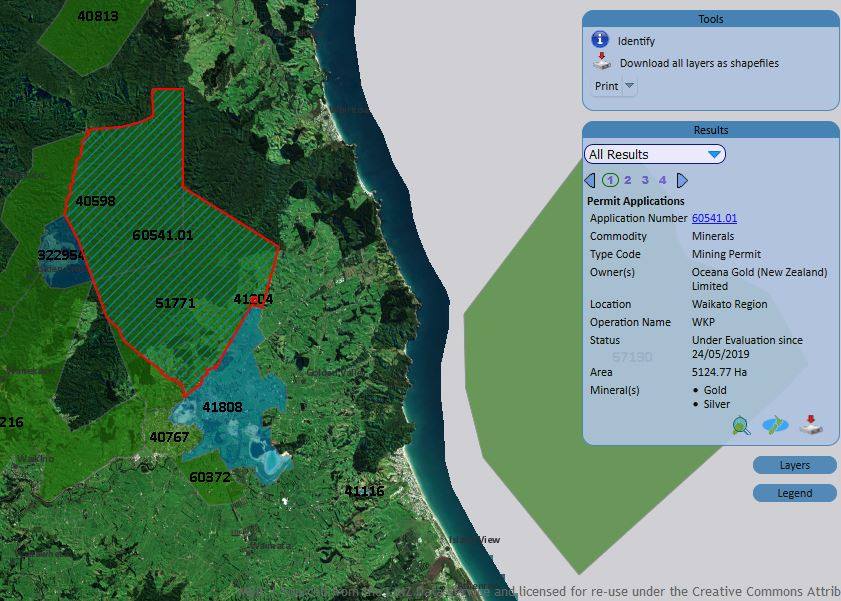 The mining industry, and their political stooges, are always shouting about ‘checks and balances’ to shut down our arguments. They claim that we are scaremongerers, making mischief, stirring – a range of derogatory, dismissive things. They are quick to point out that there are a number of ‘tests’ in the Resource Management Act (RMA) that will ensure that the environment is protected and that impacts are minimised, and that many of these will give our communities an opportunity to have a say.

There are a range of issues with this argument – the RMA has been changed beyond all recognition since its inception in 1991; public participation elements were gutted back in 2013, there is severely limited knowledge of the RMA and how it works amongst the general public, the provisions that would enable participation, more publicly available information etc varies from Council to Council – as does that Councils ability and resourcing to evaluate highly technical information… the list goes on.

All of these things add up to a huge warning – we can NOT rely on the RMA to protect the environment from mining.

Lets think now about the timeline of the exploration and now mining permit application at Wharekirauponga; lets see how many opportunities for broad (or even any, other than limited with tangata whenua) public participation and consultation there has been in this process, this process that has seen Oceana Gold invest such a significant amount of money in ‘just looking’ at Wharekirauponga – public Conservation land that’s home to several threatened species, including the worlds most threatened frog, the Archey’s frog.

To clarify, this Mining Permit Application is actually over part of two Exploration Permit areas. So where so far has the public, the potentially affected communities, the people who work in, do conservation in, tramp in, camp in, hunt in etc, had an opportunity to have any say at all? Lets take a look back…

The permit was initially granted on 22 May 2003 over 3650ha to HPD New Zealand Limited. Three years later an extension of land, followed by ‘permit dealings’ (where shares in the permit were traded amongst a couple of different companies) were all granted. Next an extension of duration, another permit for more land, another share change, two more extensions of land, another change to the shares all granted. Then finally, 2016 Oceana took over, appraisal extension of duration and change of conditions all granted and now Mining Permit application – under evaluation.

Couldn’t see any mentions of public consultation in there? That’s because, in the 16 years that this area has been being ‘explored’ for gold, there has been none (zero, nada, zip, zilch). Does that mean that there has not been any resource consents required under the RMA for this ‘little look’? No – in this case it has involved clearing multiple plots of bush in a Significant Natural Area – that is a place that is special within the district – which must require consents, it has involved proposals to relocate significant threatened species populations (which has failed in the past), it has involved requiring access to freshwater, which also must be consented.

But, we got NO say at any stage. And now, one of the big arguments that Oceana uses to pile on the pressure to let them continue, to build yet more toxic tailings, to mine and undermine public Conservation land, to question the integrity of Aotearoa New Zealand’s Government Ministers (El Salvador, anyone?!), is that they have already invested so much ‘exploring’ and that the RMA will protect the environment.

Along with the Industry at large, this company must not be allowed to get away with ‘speaking out both corners of their mouth’. Time to call them on it – they are not sustainable, they do not care for our country. They have shareholders, they want profit. Simple.

Gold mining is not our future.

Please do contact us if you would like a copy of the timeline of this permit – 16 years of the industry doing what they want without any community consultation.