Why I love the messy and the unexplored… 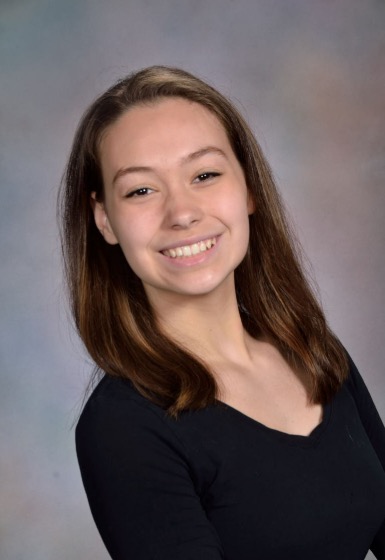 ECO intern and HECUA student Elena Meth is with ECO for a few weeks starting in October 2017.

Elena wrote about what inspires her love of nature, and why getting into and truly being with nature is central to our mental health and well being.

The following is an excerpt from an essay I wrote earlier in the year in response to Richard Louv’s book on child development and environmental psychology, Last Child in the Woods. Louv is best known for his discussion of “Nature-Deficit Disorder,” a phenomenon he describes as the behavioral problems, such as Attention Deficit Disorder, Oppositional Defiant Disorder, and childhood anxiety and depression, which arise from a lack of integration (not just standing around outside) with nature and natural spaces. A short summary and excerpt from the book can be found here: http://richardlouv.com/books/last-child/

In my fifth-grade year book, when asked what I wanted to do when I grew up, I responded very matter-of-factly that I would be an environmentalist in the Redwood National Forest. My teacher desperately tried to explain to me than environmentalism wasn’t a career, but I wasn’t convinced. From a young age, I had noticed rows of healthy trees being cut down in neighbors’ yards, or the way my classmates played during recess surrounded by the outdoors, but somehow not quite actually outside. At ten years old, I recognized the issue Richard Louv classifies as “Nature-Deficit Disorder” in Last Child in the Woods, and that it wasn’t just something out of which my friends would grow.

The problem was, and still is, much larger than my suburban classmates scratching bark off a tree and not understanding the ramifications; it is an issue of Louv’s described Third Frontier, that has somehow convinced adults and children alike that it’s alright to stay inside “where the outlets are” (10). One specific issue Louv raises in Last Child in the Woods that resonates with my childhood recollections, both positively and negatively, is the fostering of respect and understanding (or more often lack of) for nature during childhood years.
A major theme of the novel is the recent, and increasingly more severe, disconnect between people and nature. This problem is multi-faceted, but as Louv discusses, it can be rooted in a lack of respect for nature and natural environments.

Just like anything else, respect and understanding comes from interaction. If kids aren’t willing or able to immerse themselves in forests and fields, how are they to know what they are? The idea that kids are no longer playing outside – that they no longer want to go outside – is baffling to me. Some of my earliest memories are from walks through the park with my mother and dog, and my father taking me to programs sponsored by our local nature reserve. I don’t remember learning to respect nature because it was never an explicit lesson at my house. I grew up touching and smelling things I couldn’t understand, not jumping away in disgust.

I do not have a single experience to explain why respecting nature is so meaningful to me, rather I have a cycle of experiences. When I was five years old, my mother drove me to a place called Beechwood Farms Nature Reserve, a 134-acre reserve owned and maintained by the Audubon Society of Western Pennsylvania (an organization similar to Forest and Bird), only five minutes from our new house. Beechwood instantly became a magical place for me. I remember school trips and after school walks around the property where I was always allowed to explore in every way in which my juvenile self needed.

At Beechwood, no one ever told me not to touch something or to stay back because it “wasn’t safe” (except for a few poison ivy vines). Instead of saying no, and leaving me discouraged and unwilling to further explore, my parents and the educational directors at Beechwood cultivated that curiosity and explained the unknown. As we walked down hot, muddy trails in summer my camp counselors would point out interesting things along the way to enhance our natural knowledge and to keep us pokey campers moving along.

My experiences with Beechwood Farms as a child were so formative, they motivated me to go back as a high school, and now college, student and return the favor for a new generation. As an education volunteer and intern, I led the hikes I remember loving so when I was little. Being on the other side of things, I had the chance to see exactly how psychologically calculative the whole endeavor of environmental education really is.

What seemed like basic hikes when I was eight were actually carefully planned, stimulating and engaging experiences with goals to not only encourage environmental curiosity, respect and understanding, but also general curiosity for the world. Beechwood Farms is a unique place in that it is specifically maintained for educational purposes. The staff have been working for over forty years to maintain trails so toddlers can easily hike them, to provide activities to challenge young minds, and finally to establish relationships that keep kids like me coming back for years to come.

Unlike other, more wild, outdoor places, Beechwood has been so psychologically significant in my life because of the interactions between the environment and people. Sure, I have my favorite tree and path, but it’s the people who have ensured my love for the messy and unexplored that keep me coming back.

Previous Post
Democracy in the marine environment? Yeah right!
Next Post
Preparing our houses for the summer break