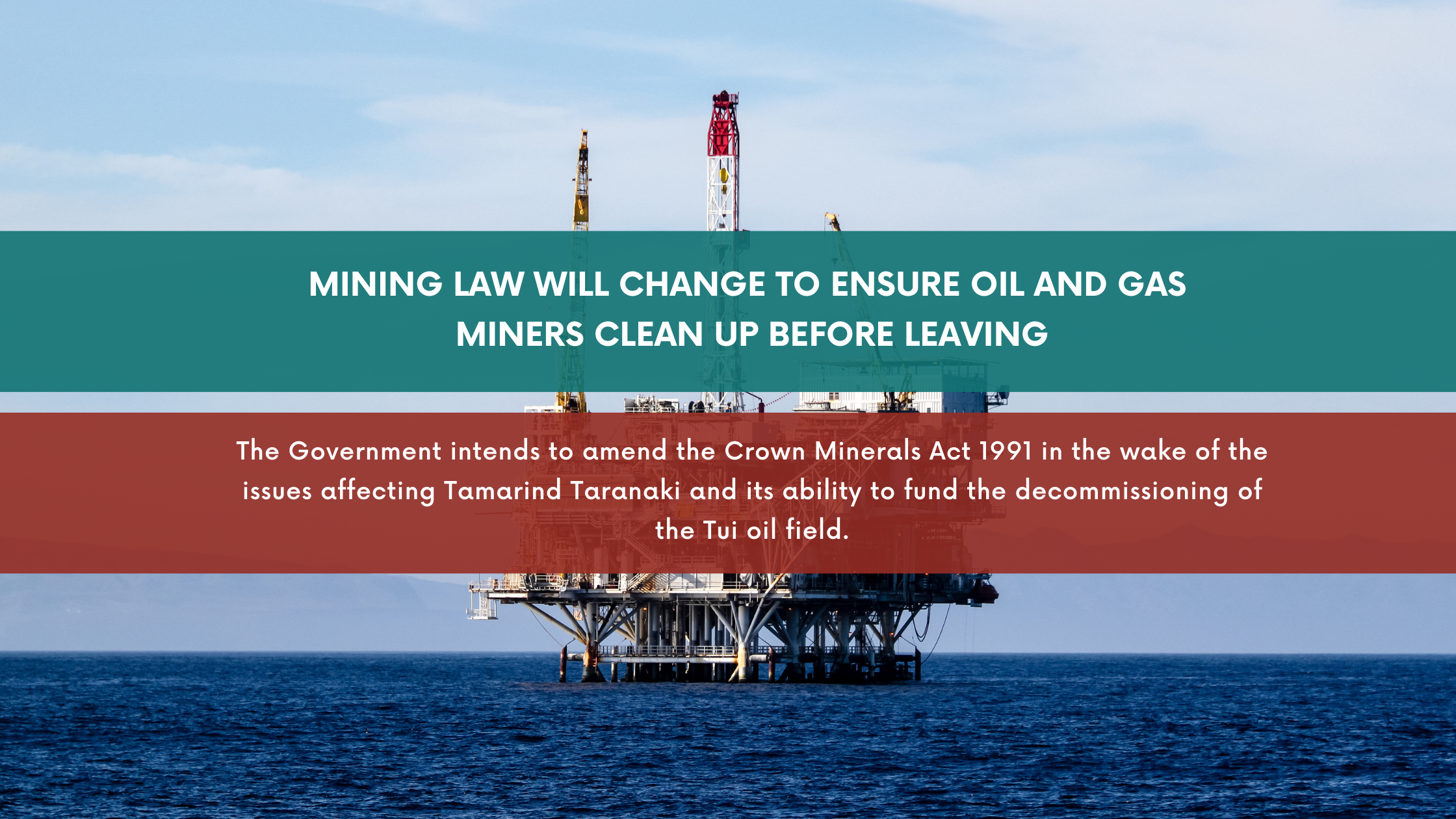 The Government intends to amend the Crown Minerals Act 1991 in the wake of the issues affecting Tamarind Taranaki and its ability to fund the decommissioning of the Tui oil field.
MBIE said the planned amendment will reduce the risk of the taxpayer or other third parties bearing the cost of decommissioning petroleum fields. There is currently no provision in the Crown Minerals Act (CMA) to require miners to clear up their mess and decommission a mining site.

ECO urged governments prior to the CMA being passed that there should be a consent requirement to clean up industrial and mine sites. While the CMA doesn’t contain this provision it is included in the 1937 Petroleum Act.
The proposed changes will apply to current permit and licence holders, as the financial risk to the Crown and other third parties is greatest from the existing, rather than future, oil fields requiring decommissioning. ECO is surprised at this suggestion unless there are no future oil and gas permit and licence holders due to concerted action on climate change.

MBIE says it will impose a statutory obligation on all current and future petroleum permit and licence holders to decommission their infrastructure and will extend this obligation to former permit and licence holders in the case of a transfer. Climate Justice Taranaki and ECO have been concerned with proposals to transfer licences to smaller companies with fewer funds that may result in more Tui mine type liabilities for taxpayers.

These provisions should also apply to hard rock and alluvial mining companies to ensure they clean up their mine and tailings sites. The Crown has already spent nearly $30 million cleaning up several mine sites including the Tui Mine near Te Aroha and the Waiuta mine near Reefton.

MBIE say an Amendment Bill will be introduced in 2021 and a discussion document on the supporting regulations will be released for public consultation at the same time.

A second tranche of changes to the Crown Minerals Act to deal with a range of other issues including no new mines on conservation land has no timing.

For further information see: A Minerals and Petroleum Resource Strategy (MBIE website) and Review of Crown Minerals Act
Toxic Tui mine Site declared clean,Clean up planned for prohibition mine site and DoC to clean up at mine.