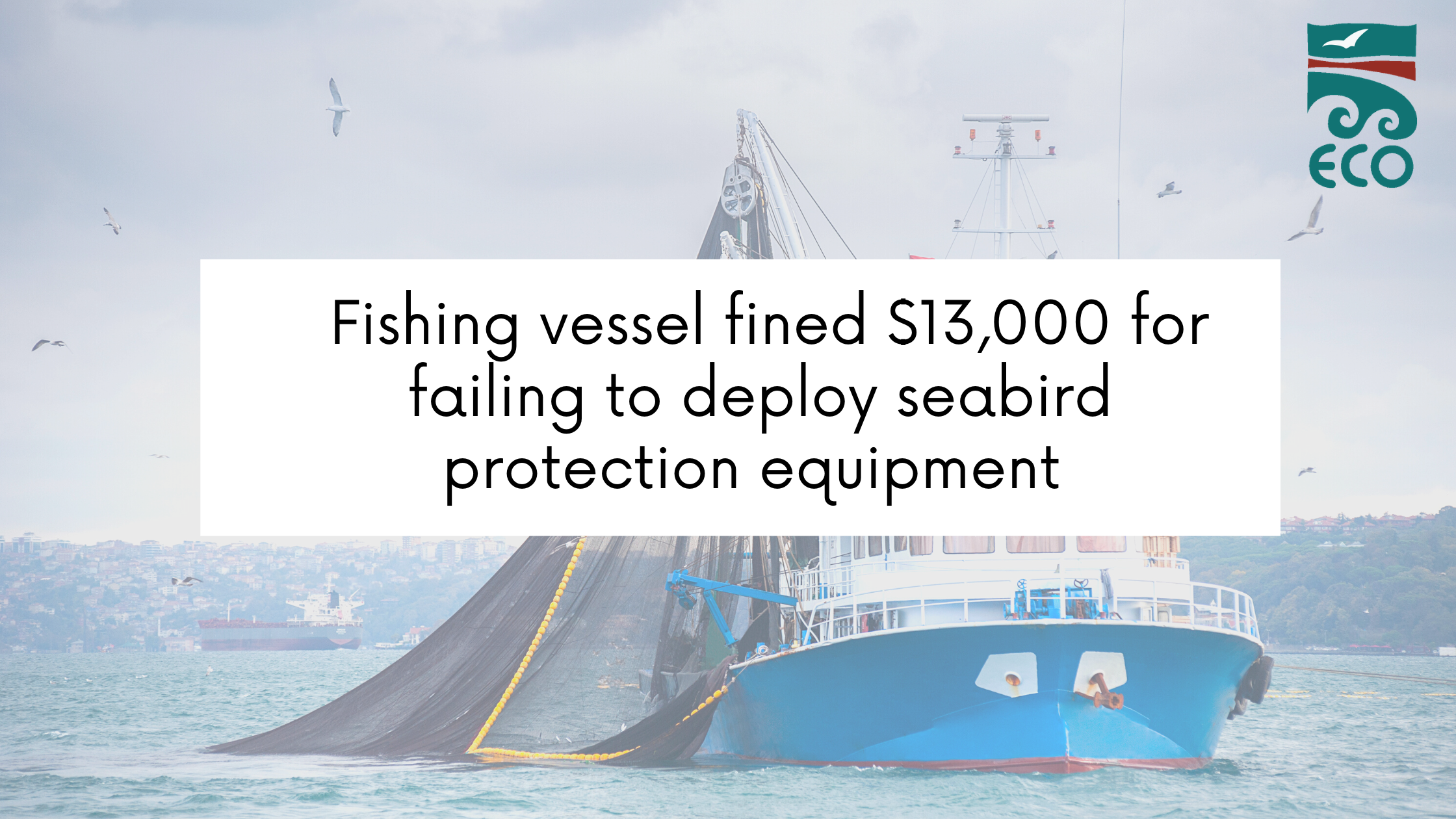 The former skipper of a Hawke’s Bay fishing vessel has been fined $13,000 for not deploying seabird protection equipment while long-lining for tuna and swordfish 20 times.
The Ministry of Primary Industries (MPI) reported that Mr Macale was the master of the Stella B, at the time of the offending in 2016.  The vessel was using the fishing permit of Esplanade No.3 Ltd, which was part of the Hawke’s Bay Seafoods group of companies. Esplanade No.3 Ltd was banned from holding a fishing permit in 2019 and again last year after repeated convictions for serious fisheries-related offending.

In February a Whitianga based longline tuna fisher had his vessel forfeited to the Crown and fined $15,000 in Tauranga District Court for a similar offence.

MPI reported that the fisher failed to use a bird scaring line or tori line while fishing in 2020.

The skipper pleaded guilty to two fishery charges – one for not using tori lines and the other for falsely declaring that he did use them when longlining for tuna on five occasions between June 3 and 10, 2020.

People can report suspected illegal fishing activity to MPI via 0800-4-POACHER number (0800-476-224). The importance of seabird mitigation gear was highlighted by a report from a fishing company of the capture of 18 endangered black petrels and two flesh-footed shearwaters over a six-day period earlier in March. ECO awaits with interest the report into why the seabirds were caught by the vessel.